A growing rage over the exponential damage to Australia’s forests, rivers and wildlife, is spreading across the country.

The anger and concern are no longer confined to conservation organisations and “green” politics. Issues such as the critical state of the Murray Darling Basin, a legal system which fails the public interest, governments dedicated to unlimited growth, increasingly deaf to their citizens and intent on driving the juggernaut of environmental destruction, are creating the foundations of massive social change.

Social movements have always been great forces for social change. Equally, massive efforts to censor and thwart the forces of change, have resulted in governments and vested interests doing their best to keep the public ignorant of the destruction of life support systems.

Mainstream media has failed to bring governments to account — the traditional role of the fourth estate. The majority simply ensuring no environmental crises are given publicity.

But the damage is impacting local communities, creating exponential crises as people are aghast over the clear-felling, bulldozing and slaughter of wildlife in their bush havens.

Here are a few of the many comments from concerned citizens on the Koala Crisis Facebook page:

Moreton Shire Council approved redevelopment of 22 hectares between Dobson Rd and Nairn Rd Morayfield. 100-year-old trees just felled, nothing standing. Kangaroos standing up right, just looking at the devastation. Koala in one of our trees this morning, another one yesterday.  We will have a road full of dead koalas and kangaroos soon.

Heartsick and sad at the utter devastation that is going on in our wonderful country. Our beautiful forests are being ripped out and the old growth has been lost forever. Our rivers and streams are polluted and the fish are dying in them. The habitats of our native creatures has been torn down and their corridors taken over by horrible urban sprawl. Our amazing unique wildlife is becoming extinct and still our government keeps selling us off and giving our assets away. Where is it all going to end? Will we become the next third world country? Or are we there already? If we keep putting governments into power who have no regard for our country, then the people who put them there have so much to answer for.

The Darling River is empty — not because of drought. The government and companies have pumped the whole thing out. People are suffering and don’t know who to trust, they watch their lives, farms and lands fail and turn to dust. It’s a rights violation of all forms of life.

No amount of lobbying, demonstrations and pleas to councils, local, state and federal governments prevent the damage. With extraordinarily limited access to courts, combined with the costs and lack of public interest lawyers, public interest rights are highly constrained.

Meetings with premiers, ministers, politicians and staffers are nothing more than street theatre with no outcomes.

In May, Pope Francis, at a meeting in response to climate change with the Pontifical Academy of Sciences, told finance ministers they have “an issue of great importance for humanity and the whole of creation”.

In June, the Australian Religious Response to Climate Change, representing 150 religious leaders from across the country, issued an open letter to Prime Minister Scott Morrison, urging the Government to act on climate change.

Not surprisingly, the concerns were ignored.

With virtually no checks and balances, the only independent reports are coming from the auditor-generals’ offices — and these reports are also buried. The most recent NSW Audit Office Audit Report, published in June, provides alarming evidence of the scale of political irresponsibility by the Coalition Government.

The report examined how Local Land Services and the Office of Environment and Heritage regulate and manage the clearing of native vegetation in rural areas following legislative reforms introduced in August 2017.

Despite around 1,000 instances of unexplained clearing, over 500 reports to the environmental hotline each year and around 300 investigations in progress at any one time, there are few prosecutions, remediation orders and penalty notices for unlawful clearing.

‘”Government data shows approvals have been granted for almost 280,000 hectares of bushland to be bulldozed under laws that let landholders decide for themselves whether the ecological harm of clearing is acceptable.”

The NSW Audit Report has been largely ignored. There has been no comment from the Berejiklian Government.

Why bother? Since Premier Gladys Berejiklian took over from the equally anti-environment former Premier Mike Baird, the devastation to the NSW environment has been nothing short of catastrophic. So too, has the level of censorship in the mainstream media.

Here is an excerpt:

The department has no strategy or framework for conserving or managing threatened species. This is despite the Nature Conservation Act 1992 requiring the department to develop an integrated and comprehensive conservation strategy for the whole of the state.

The lack of strategy also makes it difficult for government, researchers and the community to clearly understand what the department does across its programs, why it does it, and what it is trying to achieve.

These are key findings, which should have provided an immediate injunction for government action and major mainstream media criticism. As usual, nothing transpired, the report might as well have been thrown into the nearest trash bin.

As a result of social media and considerable efforts by many disparate organisations, the message is getting out. The massive distrust of governments is one direct outcome but the ongoing damage calls for more than the loss of faith.

Australia may well be on the verge of a  revolutionary movement which goes one large step further than a reform movement in seeking to overthrow the existing state and federal governments and to bring about a new way of life.

Extinction Rebellion is taking up the challenge.

‘We are facing an unprecedented global emergency. Life on Earth is in crisis: scientists agree we have entered a period of abrupt climate breakdown, and we are in the midst of a mass extinction of our own making.’

Many concerned citizens may consider this movement extreme. But the grim reality of environmental destruction and the suffering visited on humans and wildlife is increasingly becoming an injunction for massive social change.

One of the essential conditions for collective behaviour is structural strain or social problems that cause people to be angry and frustrated. Whatever the condition, the dissatisfaction it generates leads to shared discontent among some or most of the population that, then, may give rise to a social movement.

Australians are, in general, patient people, with a considerable history of tolerance. But the lives of so many are now affected and the future of the nation’s economy is increasingly at stake as a result of the state and federal governments’ war against nature.

It would be a foolish act for the state premiers and the Federal Government to ignore the growing rage.

Environmental activist @koalacrisis on decline in koalas: We are witnessing politically driven extinction … The NSW, Qld, and federal governments continue to ignore every scientific recommendation that the habitat must be protected. 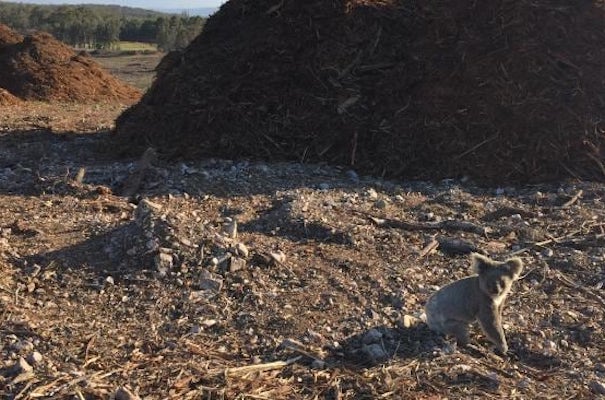 Mon Jul 8 , 2019
AAP Australia’s contribution to world carbon emissions could almost triple in the next decade due to the nation’s love affair with fossil fuels. A new report claims Australia’s rising coal and […]

Indiana Jones to the rescue?