Thread👇by Bruce Walker, firefighter & resident of Wytaliba, wiped out by #bushfiresNSW near Glen Innes
It corrects the record on disinformation spun by multiple politicians & MSM about the folks who lived there, the background & underlying causes & lies about hazard reduction

Thread by Bruce Walker, firefighter & resident of Wytaliba, wiped out by #bushfiresNSW near Glen Innes

@madamglobal Nov 13
This corrects the record on disinformation spun by multiple politicians and Mainstream media (MSM) about the folks who lived there, the background & underlying causes & lies about hazard reduction.

A window on the history & his first hand experience, conversations that’ve been hijacked by pollies to further their narratives.

Time to tell the real story.

Bruce Walker: So mate – First up, I’ve been an RFS volunteer for close to 20 years and am part of the highly regarded Wytaliba RFS – one of the most respected and hardened crews on the northern tablelands and beyond. our crew number over 50 and include decorated vets of Ash Wednesday & other national disaster catastrophic level fires.

Regarding hazard reduction. Let me fill you in. For my time here, we used to do managed hazard reduction whenever it was viable in winter. However – sadly, the moment Gina (Rinehart) and Rupert (Murdoch) went halves & purchased the Liberal National Party (LNP) wholesale…

We saw a MASSIVE increase in wholesale industrial logging across the nation.

Tell me, Anthony – do you garden? do you use MULCH? Compare a mulched garden to a non-mulched garden. You’ll see a near instant difference. If you’re not schooled on how soil works, try standing all day in the sun with no hat on. What happens?

That’s right, Anthony, your head gets fucking hot. That’s what has happened to the planet. Now, as anyone who’s dabbled in, you know…physics, will spell out better than I can – An increase of just one degree is quite significant.

Another neato thing physics talks about is the water cycle, Anthony. You see, part of the water cycle is this cool thing called “transpiration”. It’s part four of this essential way in which trees send up moisture to meet clouds, creating low pressure troughs which draw rainfall inland.

In fact, it’s physically impossible to get rain on the lee side of a mountain, without trees doing this very thing.

Impossible? Ask the residents of the Atacama desert in Chile – who haven’t had rain for one THOUSAND years. why? No fucking trees, Anthony. 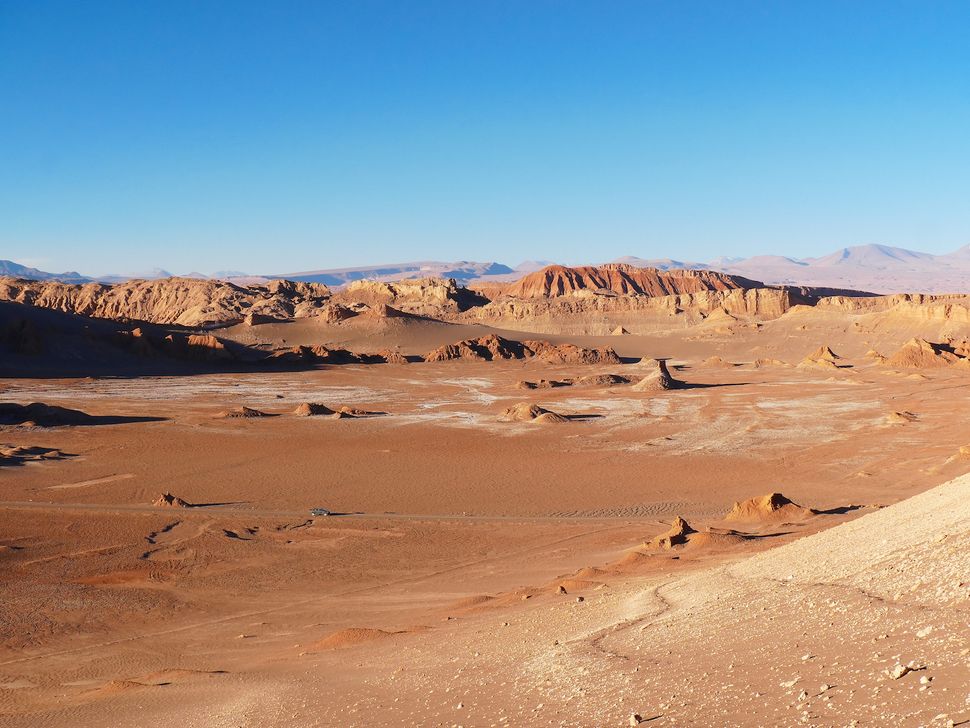 So anyway, back to the Greens enacting a ban on burnoffs…

That time we elected them to majority government and they had the final say? When was that again, Anthony? I’ll wait. Nah. Lets move on, since we ALL know this was never a thing – ever.

So anyway, here in Wytaliba we used to have an incredibly green lush valley, right up until industrial loggers finally broke into compartments to our north. Right about this time, there was a near instant and significant drop to our vital stream-flow.

This happened again after each and every highland logging operation and with LNP ‘slashing & burning’ every national park in sight.

Well… you know, let’s not go there. #ClimateChangeHoax right? So wholesale burn quotas came in with LNP too. This… well.. I just want to pause here and say “Wow!” Because this did indeed make us say Wow!

In recent years, we’ve seen hazard reduction burns take place completely surrounding our once green, lush valley. So much so, that after the last July burn – of an area once supplying most of our water – well…
Twenty seven years of no burn had left a healthy and regenerating semi-arid rainforest. Now it’s simply arid nothing.
Despite this burn and three more last year, we got the following result – fires flared up in this dry mulchless wasteland and burned for six weeks, destroying two more former rainforest areas, leaving them also tinder dry & unable to transpire – hasn’t actually rained a drop since then…
Weird… almost like cause and effect took place. Clouds pass over, for sure. They get rain on the tablelands even – but – as physics reminds us, when air drops, it warms, expands & rather than raining, sucks even more moisture from trees and soil.

Oh well. I mean, this is normal for Australia, isn’t it?

Watching 200 or more year old trees slowly wither and die right in front of you? That’s normal? Happens all the time?
Rivers dry up too, even though ours is home to platypi, who aren’t known for travelling much and hasn’t dried up in probably 100,000 years minimum.
Until last summer and it’s been bone dry since August. This has never happened in my entire 25 or so years here. No local elders remember such a thing. Wow!
Now, we all know about the Bees Nest & Kingsgate fires and the hundreds more around the state.
My crew and many other heroic RFS volunteers have been fighting them for months on end. Yet another backburn actually got lit up about a month ago, on our South side, just half an hour before high Southerly winds were due.
The responsible paid agency, then ran out of paid hours. Packed up and left it to spot onto our property & threaten eighty homes.
We’re like the Mujahideen though, so we got it after about ten days nonstop hectic battle. This… brings us up to date, Andrew.
We’ve got bare, blacked out dust for 50kms in all directions. Right up to the actual eaves of half the homes here, which is why, Friday’s hellstorm caught all of us by surprise, Andrew.
A mushroom cloud went up at 3pm, twenty or so kms away. Within 30 minutes, high winds turned that into a twenty km long front.
Strangely, this front was on ground burnt black as recently as three weeks ago, crown fires too, since every tree was literally a giant matchstick with dead leaves and nothing else. This then switched to 80km/h Southerlies and rained hell on 3500 acres of already blacked out ground.
Well… You can’t say we didn’t prep or do hazard reduction can you Andrew? Or can you?
Curiously, within one hour we’d lost twenty homes, a school, a fire-shed and a concrete fucking bridge…
– Insert –

– End of Insert –
…meaning only 2 outside units even got in to help. Falling trees in the hundreds blocked the old Grafton road, so no one could even help neighbours.
By dawn, of eighty homes in our community, fifty two were lost. Two dead (one a sex party voter, the other apolitical) – This one is for you, Barnaby fucking Joyce.
Insert – Barnaby Joyce: “The crazy thing there Kieran, I acknowledge the two people who died were most likely people who voted for the Green party.” (ABC)
(Joyce) lashed out at the Greens over the party’s stance on backburning and
land clearing, claiming it is stopping people from protecting themselves. (Source)

We had many injured, thousands of local animals died and it looks like a war-zone here. Which it did almost before, except we had homes.

So, Anthony and ALL you fucking armchair experts out there, tell me. How again was this the Greens fault?

Opinion: Wytaliba had been back burning before fatal fire: Badja Sparks